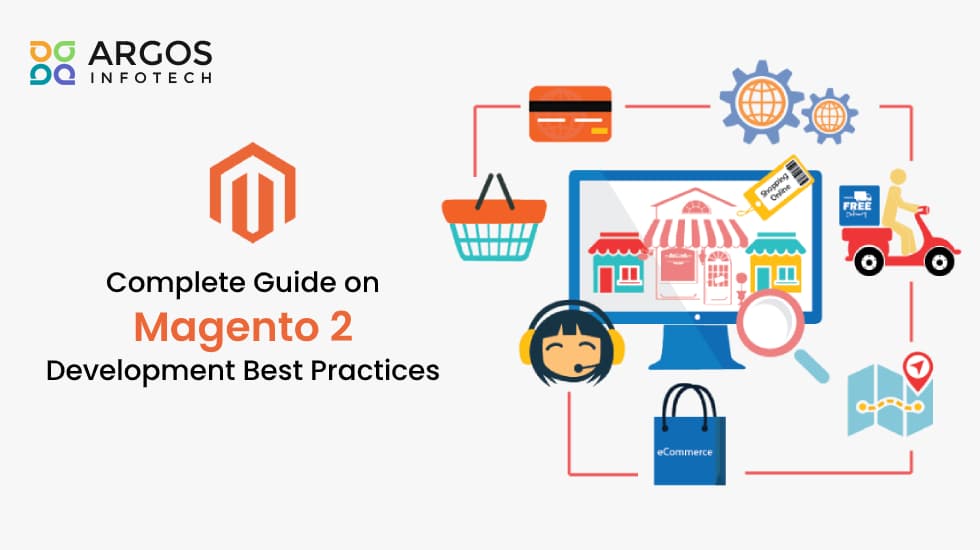 Magento is one of the most widely used platforms in the world of e-commerce. Magento accommodates the need of the modern customer for flexibility and reliability which is why it is the choice for not only large but even small retail businesses.

Another prominent reason behind Magento’s popularity is the availability of a wide array of inbuilt functionalities, scalability, and progressive development.

The epitome of this progressive development is the release of Magento 2 in 2015 which introduced significant upgrades. These upgrades allowed the platform to cover almost 30 percent of the e-commerce market. These features included Varnish support, inbuilt Full Page, Cache CSS preprocessing, CSS and JS Minification, Code generation, RequireJS for improved JS, and User-friendly Checkout. NGINX was also a part of this upgrade which resulted in enhanced performance for the platform.

The Need for Best Practices in Magento 2 Development

While these upgrades inevitably put Magento 2 at the top of e-commerce, they also introduced the need for advanced technical skills. These skills are necessary to unleash the true powers of Magento 2 for any business.

Therefore, to help businesses in harnessing the true potential of their online retail business with Magento 2, we have compiled a list of best practices for Magento 2 development.

The Magento 2 development guide provided in the subsequent sections is backed by our years of expertise in Magento website development. For a newbie as well as an experienced Magento developer, these guidelines will open new doors of optimization.

1.   Maintaining the standard of your code

The world of e-commerce moves too quickly. Therefore, it is very common that most developers have short deadlines which cause them to ignore the coding standards. While it serves the purpose in the short term, the long-term situation becomes worse.

Not following the coding standards mean that your code is vulnerable to bugs and complex upgrades. Due to a lack of quality, the performance of the code is also influenced.

As an added advantage, following the code standards gives a professional look to your code. The common coding standards that you can choose to maintain are PSR1, PSR2, and PSR4.

2.   Understand the upgrades in Magento 2

Having extensive expertise in Magento 1 does not necessarily mean that you carry out an efficient Magento 2 website development as well. As mentioned before, Magento 2 comes with advanced technical concepts, and understanding their appropriateness should be your number one task.

Reducing the redundant code is the most basic and most effective method of increasing the performance of any code. Therefore, writing reusable code is one of the most essential best practices for Magento 2 development. Instead of using the same code in multiple places, a single class or method can be created containing that code. This class or method can be referenced at all the places where the code is required.

Another key consideration here is to write generic code. Many times, we write a code specific to a function but if we take a closer look, a generic solution can be used in most places. Performance and storage are just the obvious advantages and there are many more advantages for the same.

4.   Helper classes are not so helpful

Helper classes or utility classes contain static methods that are specific to those classes meaning that they cannot be used in other classes. However, most of the time, the static methods in a helper class can be refactored into a function for another class. This should be an ideal approach because it creates an object-oriented code.

Moreover, the helper class which contains multiple functions to solve multiple issues ends up eradicating the principle of single responsibility. Therefore, the code should be written in such a way that each class contains only the appropriate functions for that class.

Observes are dynamically injected into the execution flow of the Magento code. Therefore, they have the capability of modifying the Magento application. If the observers are designed poorly, they can break the code while running or cause issues such as instability of the code.

However, just ensuring that the efficiency of the code of the observer is not sufficient. The following tips can ensure that the observer in your Magento application will run seamlessly.

Extending layout assists in the faster development of an application on Magento 2. Rather than duplicating the existing layout and then making extensive modifications to fulfill specific requirements, an extending layout file can be created.

Extending layouts may seem a viable option but different scenarios require different solutions. In cases where the need for customization is more, overriding functions should be preferred. With override functions, a new file placed in the theme will be used by the application, instead of the parent theme layout file.

Caching is one of the most common reasons behind the confusion during development. Visual spot checks on rendered content are unreliable when the content being displayed is retrieved from the cache.

Therefore, it is recommended to clear the cache before doing any visual checks for the theme to ensure that the displayed content reflects your latest code.

While clearing the cache is essential for every developer, Magento 2 development should undoubtedly include this best practice. As there are many components in Magento 2 such as modules, themes, and language packages, clearing the cache becomes necessary. If not cleared, the cache will result in improper function of the code or confusion for the developer.

Apart from the aforementioned practices, there are some general tips that should be followed to ensure an optimized code for your Magento 2 website. 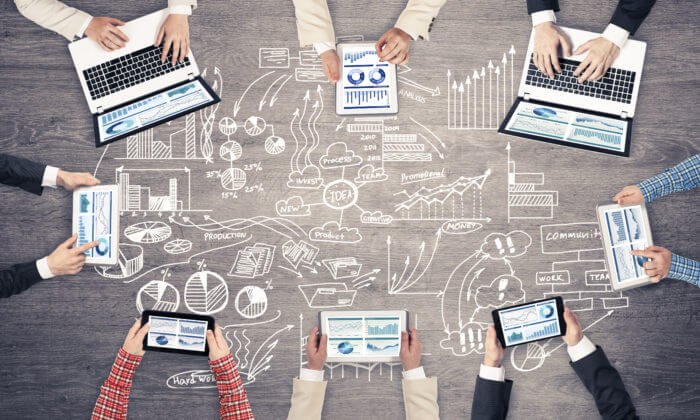 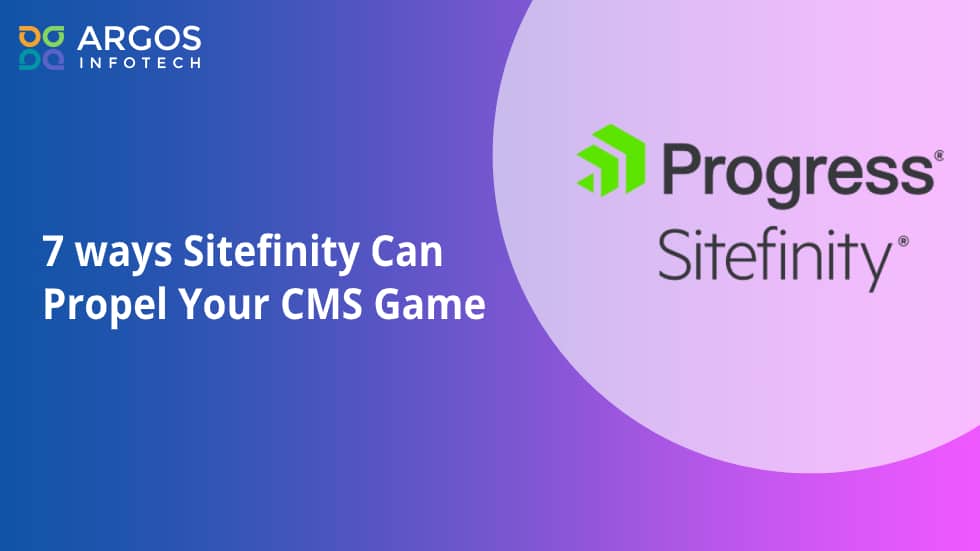 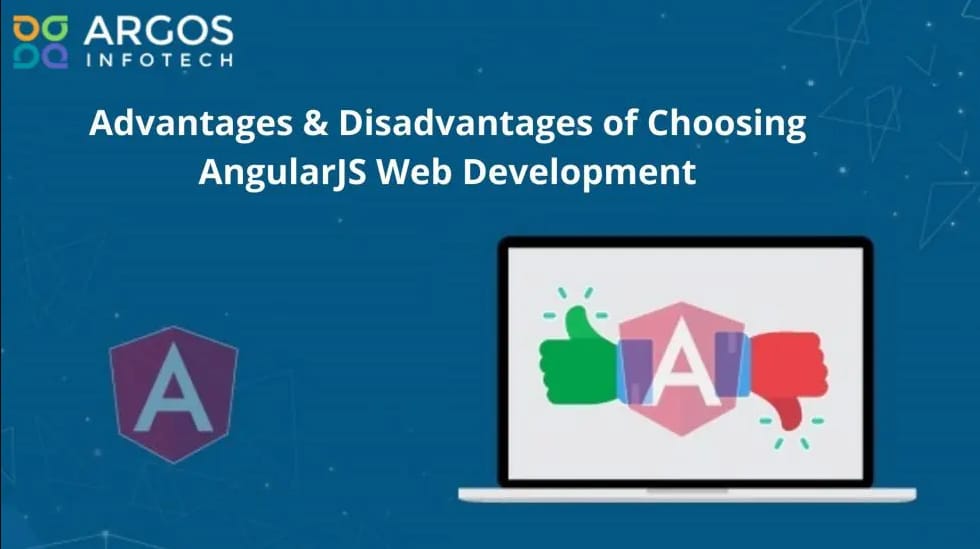