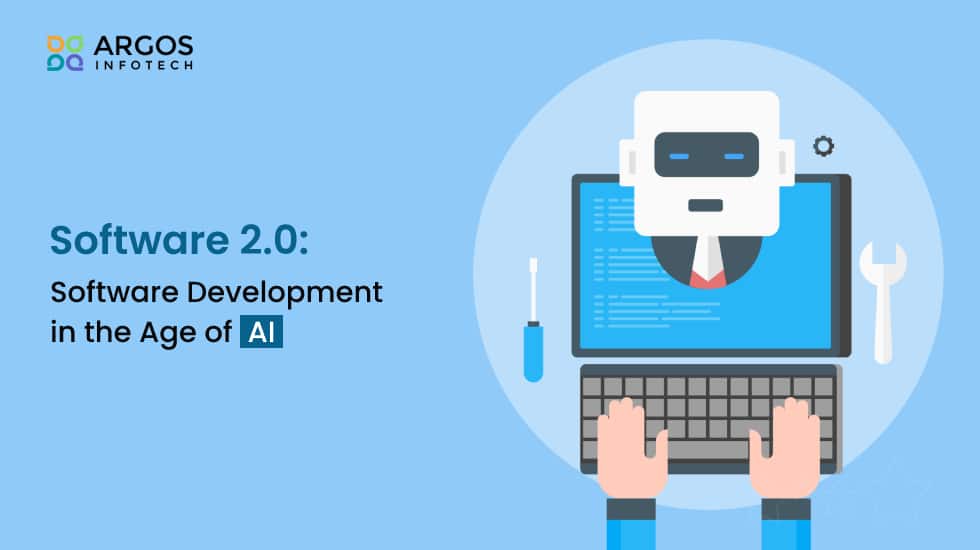 Software 2.0: Software Development in the Age of AI

Imagine the number of times you wondered what if sci-fi movies became a reality? There are so many different ideas like self-programming software that can eventually take over humanity or genetic mutation between humans and other species that we disregard as far-fetched.

But as software and technology advance, at the least, certain ideas like AI are no longer as unattainable as they seemed. AI or Artificial Intelligence has undergone rapid development in the past few years and even permeated into every professional sector today in one way or the other. The way it is developing, one can rightly say, it’s a trend that is here to stay.

AI has not only simplified the tasks in the different professional sectors but also for software development as well. As powerful IDEs have come into the scenario, writing codes and refactoring any program have become much simple. But what if the tools can also learn along with us as we grow? This is exactly what implementation of AI in software development services promises us.

Let us delve deeper into how it specifically affects software development as a whole.

The latest developments are perhaps the evolution of Software 2.0. At the 2018 Spark+AI Summit, Tesla AI director, Andrej Kalapathy discussed the transition from Software 1.0 to Software 2.0 that is more focused on curating large, varied and clean datasets to indirectly garner influence on the code.

But what are the different ways in which AI can influence or help software engineers today? And what about the data security and risks associated with this technology?

The initial requirement of any software development project is the client’s vision and the type of data. For example, working with unstructured data to create an application can become a highly complex task, and this is where AI comes into the scenario. AI has proved to be an asset in information gathering and hence a fruitful addition to this stage.

AI is a useful tool to analyze the data needed to develop any application as it helps the custom software development company predict various features and challenges regarding software development. Furthermore, AI helps to categorize data and also find out glitches and eliminate them that can otherwise become a headache in the long run.

The basis of software designing is coding, and while it is the fun part for all software designers, it can get frustrating too at times. Imagine compiling the entire code and then trying to test run it only to realize that you have missed a bracket somewhere or forgot to close a tag. However, with AI intervention in this segment, the coding issues are also becoming easier to handle.

Today there are many IDEs like Visual Studio Code or PyCharm which have already begun to implement AI-assisted coding suggestions. As a result, the developers will immediately get a message when there is an error or even get suggestions for improvement in the code. Moreover, coders can access add-ons like Codota that scans open-source projects all over the internet to learn coding patterns.

As a result, it helps to improve our codes after analysing and comparing them with similar ones from all over the internet. It further even auto-completes it to some extent. This saves a lot of time and energy that goes into the process.

One cannot deny the use of AI by Custom Software Development Services to predict the pattern and behaviour of the traffic you get on the website. This is especially useful for e-commerce application development and its budgeting.

Simply put, it analyses the infrastructure of your business, the traffic you get and overall performance to suggest an improvement that will add to the growth. You get more precise and well-analysed data on the user’s behavioural patterns which in turn help you deduce ways and techniques to further improve what your app offers.

With the help of AI in software development, now you can track errors in blocks of codes more efficiently than relying on the manual effort of software developers. Not only that, the technology is being refined such that it can check system logs, flag errors and even refactor and rewrite the code till it is perfected.

Next, let us come to testing. This is a crucial part of app development. Once the coding is done, the testing is an important phase we have to go through. However, the process is time-consuming and not to mention the amount of backup coding that you must write and keep ready to be on the safe side in case the testing fails.

With the help of AI, such tests can be run in a blink of an eye. Not only that, but they can also flag any odd behaviour of the code in the process and simultaneously build a new testing strategy bypassing these issues.

Thus, AI helps to make the test self-sustaining, and eventually, you can learn from the tests. And it will be capable of rewriting itself till the bugs are eliminated to be brought down to the bare minimum.

AI has a lot of potential without a doubt, but how to reduce software project risk? As AI in software development is largely dependent on gathering data from around the world through the internet and providing a detailed database for the development, the question of security will arise time and again.

One of the main challenges faced by Software Development Company regarding AI technology is the invasion of third-party Algorithms that causes various insecure dependencies. To avoid such issues, using the latest version of the code is the most secure solution.

AI is reshaping the software development industry without a doubt, but it still has a long way to go. For now, developers and manufacturers will do well to adapt to the new changes. To keep up with the changing technologies embracing AI can be the only way shortly. 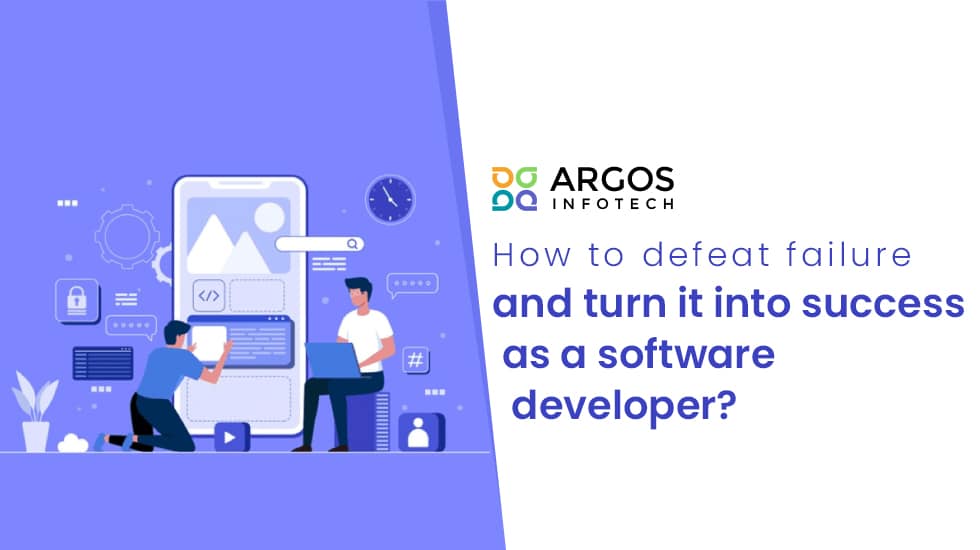 How to defeat failure and turn it into success as a software developer?

There is always some obstacle when you are trying something new for the first time. A software developer can relate Read more 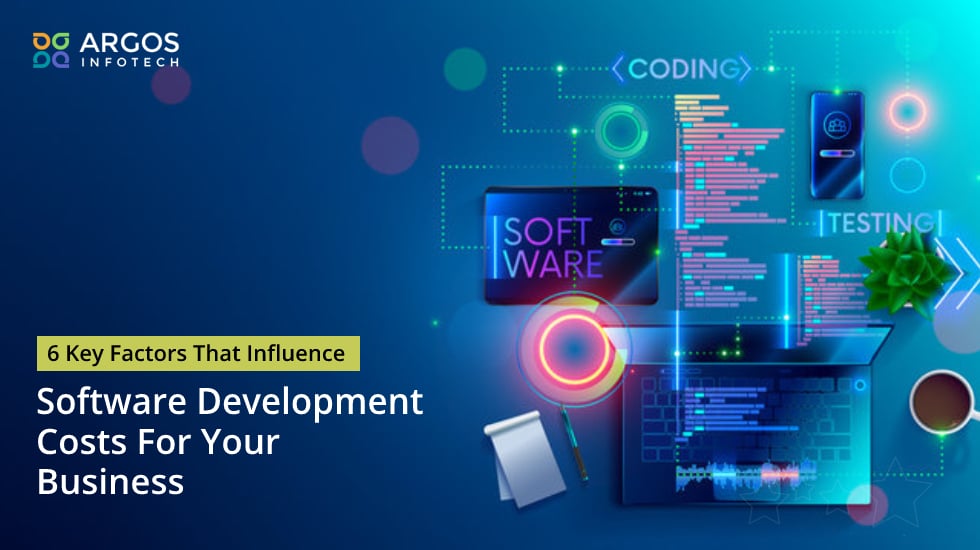 6 Key Factors That Influence Software Development Costs For Your Business

Whether you have a revolutionary idea for software or a solution to make your business more effective, analysing the cost Read more 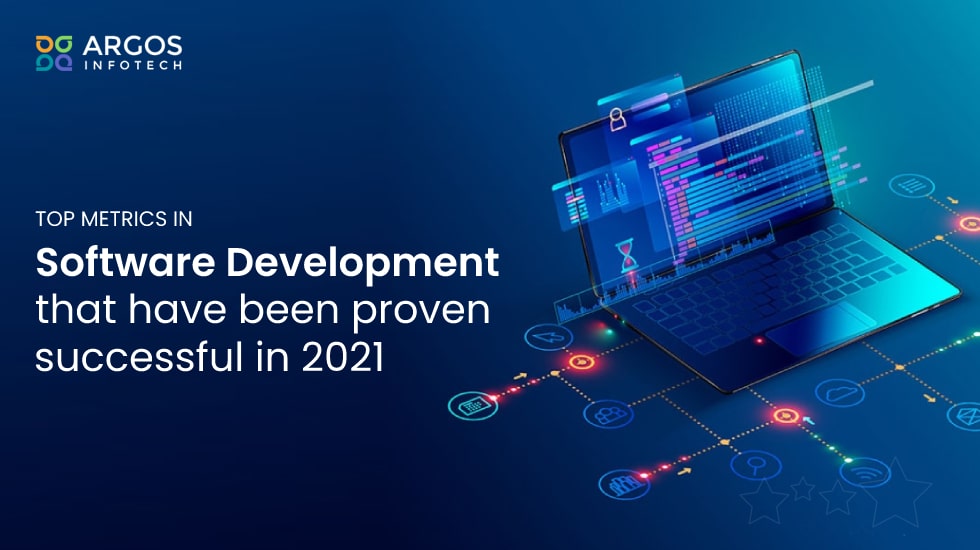